First, let me introduce you to our new cocktail, Suffragette Wine:

Serve in a champagne flute or tumbler, depending on your level of commitment. it’s kinda like the holy sacrament, but for suffregettes; blood sweat and tears.

This week the Cuirios learn about the women’s sufferage movement and boy howdy are we PISSED – and enormously grateful.

At the beginning of the 20th century the fight for the women’s right to vote ramped up into a well organized movement that spanned the country. As women became more educated and their wee little domestic worlds expanded into grand ideals encompassing human rights, equality and respect for all. Women were thought of as property, physically abused and systematically oppressed (spoiler, we still are) FUCK!

Cass tells us about Janette Rankin, a fierce passivist, suffragist and the first woman elected to the U.S. Senate. Also, the ONLY woman to vote for the women’s right to vote. We would’ve totally joined her commune.

Kim shares what she learned about Alice Paul, a wicked smart, punk rock bad ass suffragette, who learned a few things from her muck-raking suffregete sisters in England.

Find out the status of the ERA – hint: we can still make it happen. Join us while we marvel  at the new oppressive laws surfacing today in America. Witness our bared ankles, our romanace with polls, our penchant for drinking and our unlady-like language skills. Soon you will find us loitering in ice cream parlors and maybe, just maybe, hurling rocks through store windows. Figuratively, of course.

We worked it out, but we’re still pissed.

Find us here and where ever quality podcasts are casted: 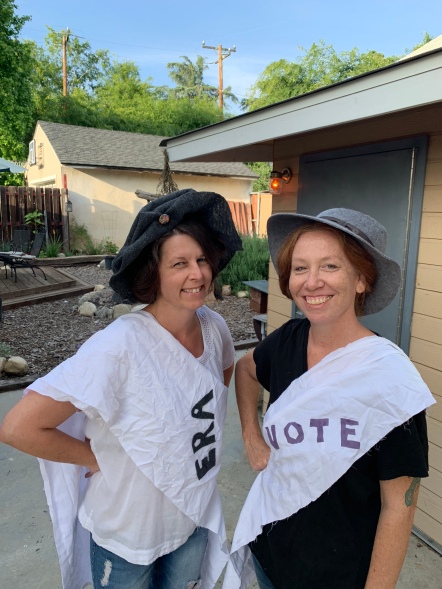 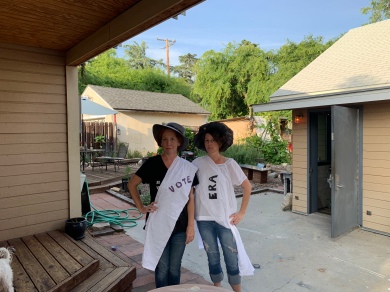